While filming a routine stop and search of her boyfriend on the London Underground, Gemma suddenly found herself detained, handcuffed and threatened with arrest.

Stun-gun company Taser want to make ‘Cops’ on steroids, but who does it serve? 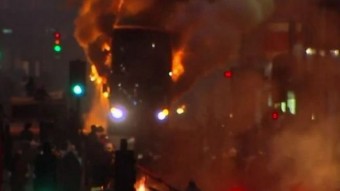 Tensions are running high after police shot and killed a man accused of being a gangster in the London borough of Tottenham. What sparked the London riots and what are […]