The economic downturn that hit the US economy has left many families struggling. For those who were already living on the edge of economic security the impact of the downturn has been a devastating tipping point.

The first day being in a homeless shelter, I couldn’t imagine being there. And to actually being there I was just mad. Its like prison, you can’t bring food up to your room, you can’t talk to nobody … it’s just all wrong , its hard. Lamont, a 17-year-old high school student

In This Room is a personal look at how one Chicago family, forced into living in a homeless shelter, is navigating through this turmoil.

We see this journey through Derrell Gray, a father of four, trying to find a job and restore his family’s dignity.

He says: “We became homeless when we were evicted from our apartment, the sheriff knocks on the door on the day, and I am very grateful that it was not as traumatic as evictions can be. Not one piece of our belonging was out out on the street. As man and as a father, as a husband to have to say to my wife: We now have nowhere to live.”

We will also go through this experience with 17-year-old Lamont, who is striving to be seen as just another kid in high school despite his family’s homelessness.

“I really don’t know how we ended up here, the sheriff came to our apartment and we had to pack our bags and leave. The first day being in a homeless shelter, I couldn’t imagine being there. And to actually being there I was just mad. It’s like prison, you can’t bring food up to your room, you can’t talk to nobody … it’s just all wrong, its hard,” Lamont says.

Moreover, we look at the issue of homelessness and evictions from the perspective of young Malachi, who is caught up in the chaos with little grasp of why this happening to the people he loves.

He says: “Sometimes I just feel uncomfortable like a whole world full of people, but I feel safe here because there is no shooting, nothing. Where I used to live was a sad place with bad things going all around … like shooting, then we came to this place, the shelter.” 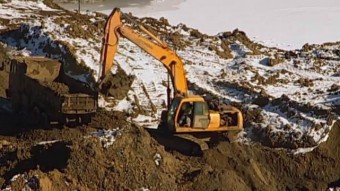