In one of the deadliest school shootings in U.S. history, a gunman opened fire Friday in a Connecticut elementary school, killing 26 people, 20 of them children, police said.

• Teacher’s son kills 26 at Connecticut primary school
• 20 children and 6 adults killed in shooting at school
• Another adult found murdered in nearby house
• Gunman found dead inside his classroom
• Killed his mother, a teacher, and opened fire on her class

Twenty-seven people, including 20 children, have been killed after a shooting at a primary school in the US state of Connecticut, officials say.

The shooting occurred at the Sandy Hook Elementary School in Newtown, which is in the western part of Connecticut, on Friday morning. The school had been evacuated and police had secured the scene, reported Al Jazeera’s Cath Turner from the scene.

Lieutenant Paul Vance, spokesperson for the state police, confirmed the number of fatalities, adding that another adult had been killed at a “secondary crime scene”, which authorities said was the home of the shooter.

The gunman, said to be in his 20s, was also deceased, he said.

Instafame – Teenager’s relationship with fame through the lens of Instagram 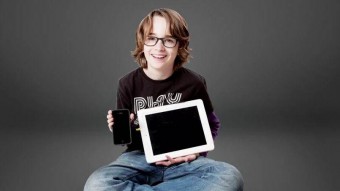