This documentary film explores the development of the growing fetus from conception to delivery. Open a window into the hidden world of the foetus and explore each trimester in amazing […]

Al Gore’s Academy Award-winning documentary An Inconvenient Truth has done a lot to raise the international awareness of the environmental issue of global warming. But where do things stand today? […]

Jadav Payeng has been planting trees in order to save his island. To date he has single handedly planted a forest larger than Central Park NYC.

A video portrait of four neighborhoods struggling in the aftermath of the 2012 storm.

The first thing you notice about Sarnia, Ontario, is the smell: a potent mix of gasoline, melting asphalt, and the occasional trace of rotten egg. 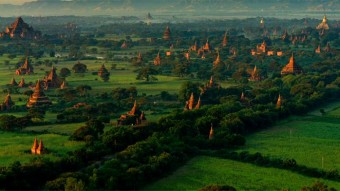 Filmed over a period of almost five years and in twenty-five countries, SAMSARA transports us to sacred grounds, disaster zones, industrial sites, and natural wonders.