By 2050, Latin Americans could be the American majority. Yet from a clampdown on ‘illegal’ Latino immigrants, to a wave of hate crimes, this Latino expansion is experiencing some acute growing pains.

“Latinos are coming. They’re going to be recognised” Geraldo Rivera, one of the most famous Latino stars in America says. The Latino community is exploding, with the number of Latinos in the US expected to triple between 2005-2050. “And they will change the face of America”, Rivera states. We travel through the States meeting successful Latino personalities, in all walks of life from acting to politics. We see signs of hope and pride, as they demand their right to be counted in society. “Who is to say who this country belongs to?”, questions a famous actress, “this is my country.” Yet hate crimes and rapidly expanding Hispanic gang culture hint that the expansion is not going to be easy. Fear, resentment and suspicion follow close behind in its wake.

A film by ABC Australia 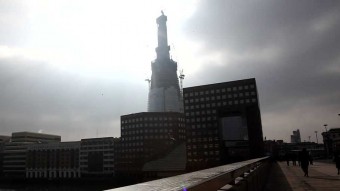