James Cameron teams up with NASA scientists to explore the Mid-Ocean Ridge, a submerged chain of mountains that band the Earth and are home to some of the planet’s most unique life forms.

Cameron joins up aboard the Russian research vessel Akademik Mstislav Keldysh with a group of NASA scientists, as well as some American marine biologists, to investigate ten hydrothermal vents in both the Atlantic and Pacific. The vents have their own unique ecosystem, which support diverse organisms such as giant tube worms, swarms of blind white crabs, and vast amounts of shrimp which are capable of “seeing” water that is heated by the vents. These creatures do not require sunlight like other organisms, and instead obtain their energy from the vents. They are able to survive in the superheated and sulfurous water. Because of this, the documentary suggests that this is what life beyond Earth might look like. As some alien ecosystems are likely to be a lot harsher than a typical terrestrial ecosystem, these exotic vents provide an insight into some of the forms that alien life might take.
The documentary shows Cameron’s passion for exploring the oceans, as well as his interest in extraterrestrial life. It also showcases the technology employed to reach such depths. 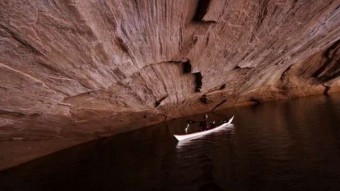 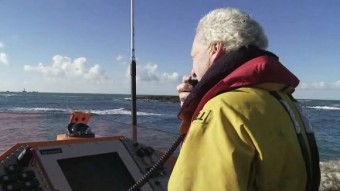