Thousands of sick sea lion pups are washing up ashore and dying along the California coast, with over 3,100 pups reportedly becoming stranded in 2015 so far — an amount greater than the reported strandings from 2004 to 2012 combined.

Scientists believe that warming ocean temperatures and changes in availability of their prey are likely contributing to this unprecedented spike in deaths. And as sea lion mothers are forced to travel further offshore to find food, many pups are left to fend for themselves.

VICE spoke with the California Wildlife Center in Malibu about the challenges of keeping up with the thousands of sick and starving sea lion pups washing up along the coast, as well as what this crisis means for the overall health of the ocean, and the future of the sea lion population. 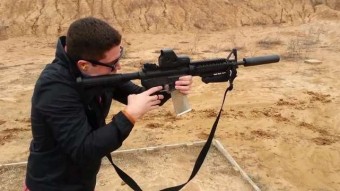