Planet hunters unveil the tricks of the trade for finding planets around nearby stars and scanning them for signs of life.

Are we alone? It’s the biggest question ever. And the answer is almost within reach. With so many galaxies, and each with so many stars, how could the Earth be unique?

In 1995, Swiss astronomers Michel Mayor and Didier Queloz were the first to discover an exoplanet orbiting a normal star. Since then, planet hunters have found many hundreds of alien worlds. Large and small, hot and cold, and in a wide variety of orbits. Now, we’re on the brink of discovering Earth’s twin sisters. And in the future: a planet with life — the Holy Grail of astrobiologists.

Michel Mayor’s team found hundreds of them from Cerro La Silla, ESO’s first Chilean foothold. Here’s the CORALIE spectrograph, mounted on the Swiss Leonhard Euler Telescope. It measures the tiny wobbles of stars, caused by the gravity of orbiting planets.

ESO’s venerable 3.6-metre telescope is also hunting for exoplanets. The HARPS spectrograph is the most accurate in the world. So far, it has discovered more than 150 planets. Its biggest trophy: a rich system containing at least five and maybe as many as seven alien worlds. But there are other ways to find exoplanets. In 2006, the 1.5-metre Danish telescope helped to discover a distant planet that is just five times more massive than the Earth.

The trick? Gravitational microlensing.?The planet and its parent star passed in front of a brighter star in the background, magnifying its image. And in some cases, you can even capture exoplanets on camera. 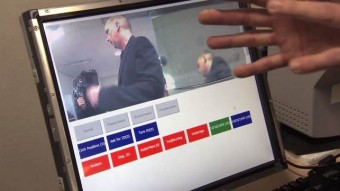 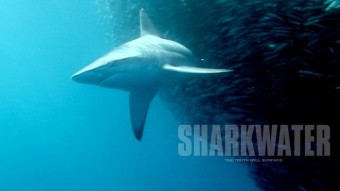