There is a particular moment right before fame strikes a young musician – between the full flowering of talent and believing in a dream so pure and strong as to feel bulletproof – which at the same time is almost imperceptible as it is happening. This metaphysical friction is in full effect in a certain Flatbush, Brooklyn family basement. Unlocking the Truth, a metal band composed of twelve year old Malcolm Brickhouse and eleven year old Jarad Dawkins, is playfully arguing about which member can play a faster and more forceful rendition of their self-composed instrumental blast “Physical Therapy.” While Jarad is technically the drummer (he mastered the instrument by the age of two), he is convincingly demonstrating his guitar chops.

Being the precoucious, and yet consummate, professionals that they are, the band wants to make sure that in a worst case scenario – say, a member fainting onstage – each could play the other’s instrument flawlessly. It is not atypical for Unlocking the Truth to practice for up to ten hours on weekends. They are so immersed in their music that they barely notice anything going on around them, including their parents, who usually have to force them to stop practicing when it’s bedtime. While their classmates mostly listen to radio pop or rap, Malcolm and Jarad’s enthusiasm for metal was nurtured while watching generous amounts of WWE professional wrestling. But this is no passing phase for the two boys. The band has already written two albums, Madness and Paranoid, respectively, and recently auditioned for America’s Got Talent. Amazingly, they manage to keep up good grades in school. So watch out, America – two smart, young metalheads from Flatbush are coming to a town near you in the near future. 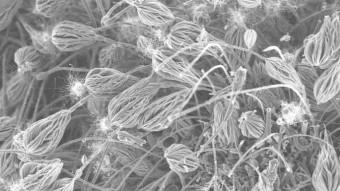