Marine biologist Daniel Fernando has been surveying Sri Lanka’s fishing industry for over two years. Today, he is in the western coastal town of Negombo, at one of the country’s busiest fish markets. He is passionate about saving manta and mobula rays from extinction. Fernando carefully examines a pile of rays on the pier, collecting DNA samples for population studies.

Researchers estimate that fisheries the world over net more than 100,000 such rays a year, mostly in Sri Lanka, Indonesia and India. Many catches remain undocumented. Until recent years, most fishermen avoided them. Their meat is cheap and they damage fishing nets when entangled.

But that has changed. The burgeoning demand for their gill plates in Chinese medicine – said to cleanse human blood of toxins – has increased fishing pressure worldwide, turning subsistence fishery into a commercial export industry.

Also a member of conservation group Manta Trust, Daniel fears the combination of slow maturation, long gestation and infrequent pregnancies means manta and mobula populations cannot sustain the slaughter. With a wingspan of up to seven metres, manta rays are believed to be at least 15 to 20 years old by the time they are ready to breed. A mature female usually produces one pup every two to five years, with each pregnancy lasting a year. Scientists estimate they live more than 50 years.

Less is known about their mobula cousins except they have a similar, slow reproductive cycle. So an entire school could be wiped out on a single fishing trip and never replaced.

Fernando’s contribution to manta research has paid off. The Convention on International Trade in Endangered Species (CITES) listed them for protection in March 2013. This restricts the export of all manta parts, but there is a sting in the tail. Domestic trade is still allowed and the law only takes effect in 18 months’ time.

Sociable and intelligent, the mantas and mobulas are a must-see item on the checklist of dive enthusiasts worldwide. But in 2011, the International Union for Conservation of Nature (IUCN) Red List classified the manta ray as “vulnerable”. Certain mobula species are also listed as under threat but too little is known about them to enforce trading or fishing bans.

With time running out, Fernando’s camera snaps away at the species landed as traders skillfully chop them up. Amidst a bloodied mess, the head is hacked up for the gills. They fetch more money than shark fins. Up the supply chain in the dried seafood markets of China, dried manta gill plates sell for a threefold profit.

Conservationists say the Chinese city of Guangzhou trades as much as 99 percent of a global market that includes Hong Kong, Taiwan and Southeast Asia. Market analysis suggests the total annual gill raker trade volume range between 60,000 and 80,000kg, with an estimated value of $11.3m per year.

While Chinese dried seafood shops espouse the benefits of this costly product, it has no real medicinal value, says Traditional Chinese Medicine (TCM) practitioner Dr Chun Hung. It is not listed in any TCM text and its benefits are mere hearsay. Also a university lecturer, Dr Chun questions the preparation methods and warns against self-medication using such products.

Back in Sri Lanka, fisherman Gnanadasa is hard pressed to think about conservation when the decline in fish stock also means less income for him. He needs to fish harder by casting nets to catch more fish, even though that is an unsustainable method that often lands by-catch like rays. And he no longer releases the rays that are still alive when he pulls in the nets.

But dive operator Nishan Perera says eco-tourism can generate much more income for poverty reduction. He points to neighbouring Maldives, where mantas are protected and manta tourism rakes in an estimated $8m a year. A live manta is worth much more than a dead one, he says.

In this film, Chan Tau Chou explores the trail of manta gills from the seas to the shops and investigates how humans threaten the existence of one of the most graceful creatures in the ocean. How long can the manta population survive? 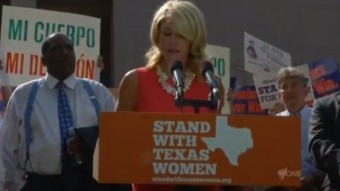 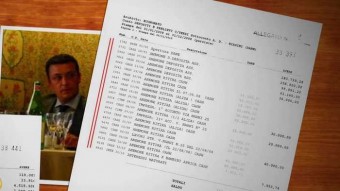