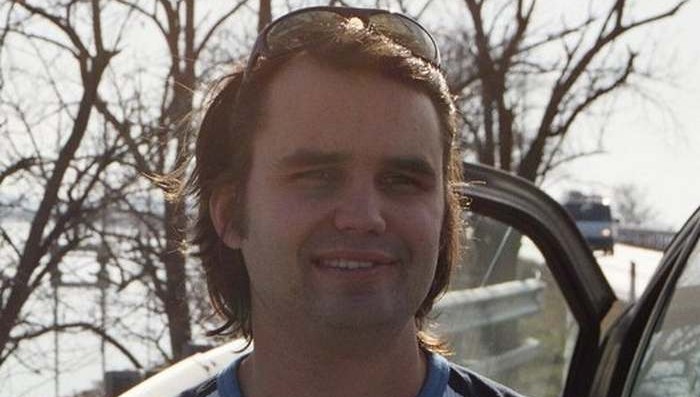 Summary:
In our new section “Talk with the Filmmakers” we present interviews that deliver insight in the working methods of documentarists all over the world. Young Austrian Director Stefan Bohun realized [...]

In our new section “Talk with the Filmmakers” we present interviews that deliver insight in the working methods of documentarists all over the world.

Young Austrian Director Stefan Bohun realized several documentaries that are as moving as they are informative. “Amo Beethoven” (2007), shot in Venezuela, portrays a school for deaf children who learn to play instruments and sing in sign language; “Nohelia” is about a strong woman in Colombia that tries to run a school while being endangered by guerrilla fighters. Bohun not only works as a filmmaker but also as a successful stage director. Watching his works is a rewarding experience; Bohun manages to depict difficult social topics in a way as entertaining as they are artistic.

In the interview, Stefan Bohun talks about the difficulties for young filmmakers to realize their projects, digital formats, the differences between working on a film and for the stage and how to build up trust to one’s protagonists. documentary.net: You are Austrian but your projects often are realized abroad. Why is that?

Stefan Bohun: It doesn’t matter where you shoot the films. Human beings are almost the same everywhere in my opinion. The things that move us, that shape us deeply inside don’t differ just because you come from another country. When I am interested in a topic set in South America I look for the similarities to the place where I come from. I think what we need to understand is that we live in a global world where everything is connected and people share the same things. Intercultural learning is very important to me. In the case of Amo Beethoven I searched for the human need for music. Even if you’re deaf, music can be something very important in your life. The fact that Amo Beethoven was shot in Venezuela is secondary to me.

How did you join the projects “Amo Beethoven” and “Nohelia”? What interested you the most about the topics?

Amo Beethoven came out of the idea of making a documentary about the importance of music to young people in Venezuela. We offered a commissioning editor of a well-known Austrian TV program to do a 30-minute documentary about a music school for handicapped kids. I was very enthusiastic about the idea that a deaf 17-year-old girl wants to become a musician in the future.

In the case of Nohelia it all began with my passion for Colombia and the political problems the country has experienced for the last 50 years. I was living in Bogotá for a year and got to know Nohelia a few years later. I wanted to film a portrayal of this remarkable woman who despite of all the financial and political problems dedicates her life to the education of children living in a small fishing village. In order to prevent young people of joining guerrilla or paramilitary groups she enforces the kids to go to school and do something with their lives. She is a local hero, an iconic example for the kids to follow in a region that historically has been plagued by criminality and violence.

How was filming in Venezuela and Columbia? Did you face many problems? In general we were very lucky to be welcomed and assisted by the local people we worked with. The help we experienced was outstanding. It went very well. In Colombia we were filming in Nohelia’s village when some guerrilleros came to the town. We had to leave the town for some days. In Caracas our filming equipment got stolen before the last shooting day. It was quite sad but thanks to the producer Hannes Kreuzer all the equipment was insured so we didn’t suffer any financial loss.

How much intuition or psychological insight does a documentarist need? Were the people you portrayed eager from the start or did they hesitate to talk about themselves?

In politically unstable regions people don’t normally like to talk about politics. You need to find different ways to obtain the information you want to have in your film. In the case of Nohelia the relationship was based on a lot of trust. She’s a fearless strong woman, and she loves to express her opinion without taboos.

Did you show your protagonists the films afterwards? And how did they react?

Both films have been seen by at least some of the protagonists. The feedback we got was very positive. They were very surprised by the positive energy deriving from the films we made. It’s important for me that art looks at life as something beautiful, even if our problems sometimes seem insoluble.

How is Nohelia now?

I haven’t heard from her in more than a year, but I’m in contact with some of her closest friends who are confirming to me that she’s good. But the situation in the region (Choco) has become worse in the last years. Guerrilla activities and violence is on the rise.

Do you view your films, which often deal with poverty and violence as social education or as artistic explorations?

I agree with director Peter Sellars who said that every artist has a social responsibility. We must reflect the social conditions we live in inside of our work. It doesn’t matter if it’s a documentary about drugs and violence in Colombia or a theatre play about the lives of young artists in Istanbul – which I recently directed. We’re privileged to make films, so we should use this privilege well.

How hard is it for a young filmmaker to realize projects?

It’s hard if you don’t do everything in your power to make it happen, and it’s easy if you fully dedicate yourself to it. To be honest even if you dedicate yourself it’s difficult. It’s getting increasingly hard to put up with the necessary budget for a production. First you must convince yourself and then convince the rest of the world that your film has to be made no matter what.

How were your films financed?

Nohelia and Amo Beethoven had all kinds of sponsors like the ADA (Austrian Development Agency), the Vienna Filmacademy or the cultural departments of different Austrian Regions.

How much time does a project take to realize, from the first idea to the film’s release?

I would generalize it takes from two to three years.

How much technical knowledge does a documentary filmmaker need?

He needs a lot of patience and a deep interest in the life of others. You have to be very empathetic concerning the world that surrounds you. Necessary technical knowledge can be learned really quickly in my opinion.

Your documentaries were made for TV – what differences do you reckon there are between working for TV and working for cinema?

For me there is no difference. I believe that TV must be treated with the same artistic demands like cinema. Once I got this e-mail from a director who shoots big BBC documentaries and who congratulated me for the cinematic visual style of Amo Beethoven. He wrote that he loved to see a documentary on TV which uses pedantically thought out wide shot framing that normally is applied when shooting for the big screen.

This interview will be published on documentary.net – do you think the internet is good or bad for filmmakers?

There are amazing documentaries being produced and I believe that they have to be seen by as many people as possible. I think that nowadays we’re overwhelmed with youtube videoclips, so it’s important to increase quality. At the same time we have to achieve cultural and artistic education. People have to see real emotions, real stories. Briefly put, people should see the real world and not a bad copy of it.

What are the pros and cons of shooting digitally?

As we all know, if you shoot digitally you don’t have to be stingy with the hours of tapes or hard discs you fill up. It allows the filmmaker to observe an action for a longer period of time and record it. Image quality has improved a lot in digital media and makes it possible to achieve an analogue look on your digital material.

You also directed the successful stage-play “Cihangir Insomnia”. What’s the difference between the stage director and the film director Bohun?

There is no difference as Stefan Bohun is always Stefan Bohun. But I am truly interested in the artistic benefit of mixing forms of expression. In theatre I like that poetry can be created through symbols whereas in documentary the poetry lies in the moment itself that has to be captured in real time. In my latest theatre play, “Cihangir Insomnia”, I intended to find a way to mix different genres and artistic approaches bringing film, documentary and theatre to one entity. It was very difficult because in the theatre you cannot edit like you edit a film. So everything has to be “edited” by the actors in real time, which requires a lot of precision and professionalism. Fortunately I had the joy to work with an international cast of very talented actors and musicians. 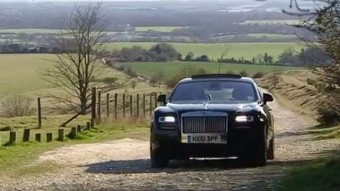