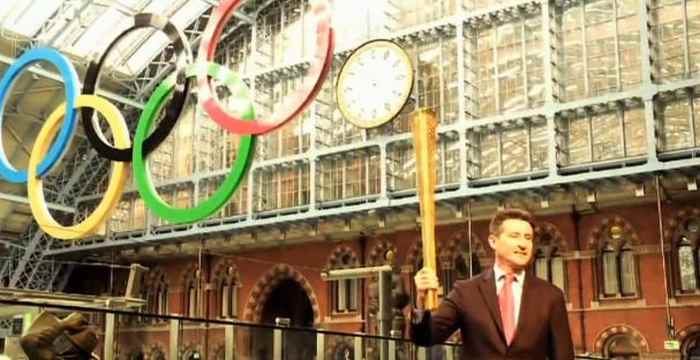 Summary:
A documentary trying to unveil the dark spots on the Olympic Games’s self-proclaimed green image.

For a few weeks all eyes and most of our media’s lenses are focused on London while the city hosts its third Olympic Games – the first one to do that. Naturally, a high profile event such as this proves to be a more than welcome occasion for a country to advertise their image and also for different groups and organisations to publicise their agendas. That includes different lobbies and special interest groups and of course more visibly, companies serving as sponsors to the event.

The months leading to the grand opening ceremony on July 27th have been marked (and aren’t they always in a case like that?) by minor scandals and major worries. And mostly because of the latter, concerning safety of course, a few other issues haven’t gotten the attention they deserve. One of those issues, and a major one at that, is the Olympic committee’s claim to host the most environmental friendly games to date. The London Organising Committee of the Olympic and Paralympic Games (LOCOG) therefore released a sustainable sourcing code “ensuring that products and services are sourced and produced under a set of internationally acceptable environmental, social and ethical guidelines and standards.”

As doubts and protests have arisen because of that claim, Mei-Ling McNamara, a journalist with Al Jazeera began investigating, resulting in this very informative made-for-TV documentary first broadcasted in June. The films subject is the Anglo-Australian mining company Rio Tinto who deliver 99% of the raw materials used for the 4700 Olympic medals, which are the biggest and heaviest to date. But superlatives are no news to Rio Tinto: Kennecott mine just 25 miles outside of Salt Lake City, Utah is one of the largest open pit extraction operations in the world. There is no other mine this big located so close to an urban population. Aerial photos evoke the feeling of catastrophic explosions or mythical conceptions of an enormous black hole leading straight to hell. But the biggest problem certainly is not Kennecott’s lack in beauty. Doctors, environmental experts and activists claim Rio Tinto violates the US Clean Air Act by not having kept to emission standards or production limits for the last five years. This resulted in Salt Lake City becoming the ninth most toxic city in the US since the mining company moved to town and thus especially endangering the lives of children. A lawsuit is under way.

The film is part of a series of documentaries on Al Jazeera under the title “People and Power” and true to that slogan it features single protagonists who don’t accept to be part of a mute crowd in the face of powerful economic or political players. McNamara gives a balanced overlook – or would, if Rio Tinto same as the Olympic committee wouldn’t have refused to answer questions but in short slick written statements and even worse with different committees shifting the responsibility on to each other.

That sums up the major problem, which is not failing in fulfilling a high goal itself but missing the opportunity to set a precedent to look up to and model standards for future events. Instead they send the message that it’s okay to cheat – and the Olympic medals are quite the symbol to send this kind of message.

The doc focuses solely on Rio Tinto’s Utah based mine (the company also operates in Mongolia, causing serious problems for the already scarce local water sources in the Gobi desert) ‘though there are in fact two more companies out of the Game’s vast circle of sponsors (aka “sustainability partners”) that should be subject to closer investigation, namely BP and Dow Chemicals. “Greenwash Gold 2012”, a campaign started by three international organisations – solidarity, human rights, development and environmental groups – commissioned animated short films about the three controversial firms and call on the public to vote for the winner of the gold medal in green-washing. More information on the campaign, the participating groups as well as the problems Rio Tinto, BP and Dow Chemicals are causing can be found at www.greenwashgold.org.

Of course it should also be mentioned that at a time when weight-related illnesses, especially in children, are becoming one of the biggest problems Western societies have to face, health-wise, there should have been an outcry when McDonald’s, Coca Cola and Cadbury got slots as three of the main sponsors to an event that could have been a possibility to advocate healthy diets and an active lifestyle for young viewers. Instead it is once again a golden opportunity for named companies to green-wash their greasy and sticky hands and to be associated with athletic bodies, entertainment and winning. Alas, let the games begin.

Documentary.net says: A well-made journalistic documentary about a small fraction of the whole green-washing problematic. And a good way to remind us: not all that glitters – as we all very well know – is gold and not all that is being promised to us is green. 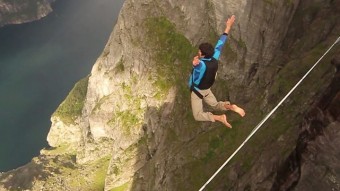 SKYLINERS – A Documentary about the Passion for Highlining 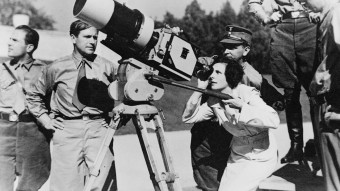 Review: Trimph of the Will 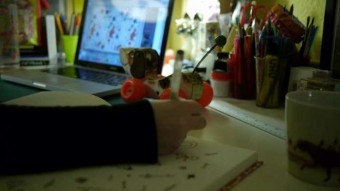