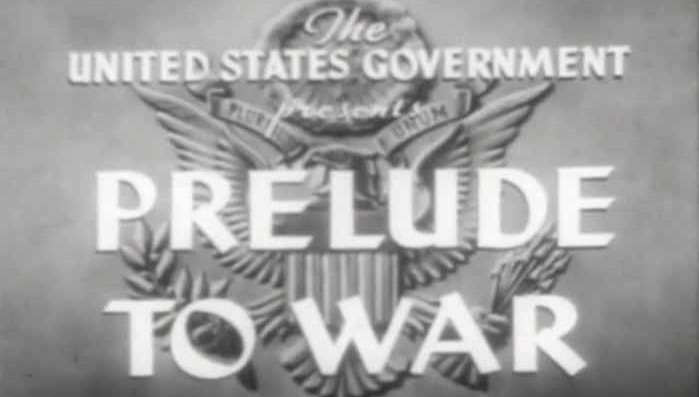 Summary:
Aside from atrocities and brutality, war means business. Not only to the arms industry but also to film producers and military propaganda units (a recent film that dealt with war [...]

Aside from atrocities and brutality, war means business. Not only to the arms industry but also to film producers and military propaganda units (a recent film that dealt with war propaganda in a mainstream way would be Joe Johnston’s Captain America).

A man that for sure knew how to make some bucks out of a war was Sascha Kolowrat-Krakowsky (1886-1927), an Austrian film producer. During World War I his company Sascha-Filmindustrie AG – the largest company of its kind in Austria at the time –managed to gain the monopoly from the Austrian Ministry of Propaganda to exclusively produce “war documentaries”. If you get paid from a state that is at war with almost the rest of the world, you certainly don’t make objective films – thus the brave soldiers of the old monarchy were shown in glorious poses. At first, the war went well for the Austro-Hungarian Empire and the German Empire. The audience that saw the films as part of newsreels at cinemas was satisfied. But as soon as the Allies started to get the upper hand, audiences didn’t believe the propaganda anymore and started to laugh at films that showed the frightened enemy forces running away from the Austrians. So propaganda started to become a little more realistic. It was learning by doing in those days because there was very little experience with cinematic propaganda. The filmmakers had to work out a cinematic language that made the audience believe that what they saw was real. It’s a gruesome thing to say but the war taught the European filmmakers back then a thing or two about convincing an audience.

The so-called “embedded journalist” wasn’t an invention of our time either – the Austrian Propaganda Ministry took selected journalists to “the front” to show them a little bit of the war. Unnecessary to mention, those journalists didn’t get a glimpse of the real war. The Allies’ propaganda was considered more professional. In fact, Hitler was so impressed with it, he believed it was one of the main reasons why Germany lost the war.

When World War II started, a lot had changed. Film could “talk” and editing techniques were much more advanced. The Ministry of Public Enlightenment and Propaganda, headed by Joseph Goebbels, produced a lot of propaganda to discredit everything that wasn’t “Aryan”. Leni Riefenstahl’s (1902-2003) Triumph of the Will (Hitler is credited as co-producer) might be the most famous and quite possibly the most notorious propaganda film of all time. Thematically dubious, Triumph of the Will is formally considered a documentary masterpiece. Read our review and watch the film.

Capra (1897-1991) worked under Chief of Staff George C. Marshall. The films’ goal was to persuade the public that it was justified to fight against the Nazis (the US was a mostly non-interventionist nation at the time) and to explain to the soldiers “why the hell they’re in uniform” (Capra). Capra insisted that the films he directed weren’t propaganda like the films created by the Japanese and the Nazis. Why We Fight was a success and won an Academy Award for Documentary Feature. The films are considered masterpieces and Capra believed that the series was his most important work.

The Soviets also produced many propagandistic films during World War II; a famous example would be Moscow Strikes Back (1942), a documentary about the Battle of Moscow. The original Russian Title could be roughly translated with The Crushing Defeat of the German Troops Near Moscow. Before the Cold War, when the US and the Soviet Union still were Allies, this film even managed to win an Academy Award for Best Documentary. (The American Version, narrated by legendary thespian Edward G. Robinson was altered though; scenes that showed Moscow before the war were cut). The film directed by Leonid Varlamov and Ilya Kopalin also received the New York Film Critics Circle Award and the Stalin Prize. An interesting aspect of the film is that it puts the fight against the Nazis in a historical context.

Let’s save Cold War propaganda for another article and move on in history: One of the most famous wars of the 20th century was, of course, the Vietnam War. A war that severely damaged America’s self-esteem because it had never before lost a war. An early example of a great documentary about the subject would be Emile de Antonios (1919-1989) In the Year of the Pig (1968). This masterpiece, shot in black-and-white, covers several decades of Vietnamese history and shows the clash between “The American Way of Life” and Vietnamese Culture. The doc uses a lot of original footage and interviews with politicians, soldiers and scientists. The montage is superb and In the Year of the Pig was nominated for an Academy Award. The film showed a side of the war that many Americans hadn’t seen before and was received controversially – there were even bomb threats made against cinemas that showed de Antonios work.

In the wake of films like Apocalypse Now (1979), Platoon (1986) or Full Metal Jacket (1987) documentaries like HBO’s Dear America: Letters from Vietnam (1987) touched upon the physical and psychological wounds that the war was responsible for. Big Hollywood stars like Robert De Niro, Martin Sheen, Willem Dafoe, Tom Berenger, Michael J. Fox, Sean Penn or Robin Williams (all of them had starred in movies about the Vietnam War) read letters written by US-soldiers. The film also features footage shot by the soldiers themselves and classical rock hits like the Dylan-written “I shall be released”.

Many critics consider this as one of the best docs about the Vietnam War. Legendary critics Roger Ebert and Gene Siskel featured Dear America in their show Siskel & Ebert & the Movies: The Best films of 1988. Compared to the propagandistic beginnings of War Documentaries one can clearly see the difference: War Documentaries had become much more personal and touching.

By the way: documentary style also influenced movies. Robert Altman’s masterpiece MASH (1969), a black comedy about a Korean War field hospital (which won an Academy Award and the Palm d’Or at Cannes) used zoom and overlapping dialogue. Altman took out all the information that might have suggested that the film was playing in Korea, so the film looked much more like a film about Vietnam. The film was shot for Twentieth Century Fox at the same time as Franklin J. Schaffner’s Patton, a film about the famous World War II-general. Patton won seven Academy Awards. When studio execs saw dailies of both movies, they compared the uniforms of both movies: in MASH they looked dirty and in Patton they looked clean. So the execs wrote to Altman: “Get cleaner uniforms”. And then they wrote to Schaffner: “Get dirtier uniforms.”

No other than John Wayne also used pseudo-documentary style for his co-directed right-wing propaganda movie The Green Berets (1968) – at least in some scenes. Someone should have told The Duke that a film about Vietnam shouldn’t play out like a western.

The “embedded journalists” – news reporters attached to military units during armed conflicts – were already mentioned before; the term was made famous during the Iraq Wars. The results of those “embeds” weren’t really satisfying though. After decades that had the viewers believe that War Documentaries and reportages had become more and more subtle and objective, embedded journalism left the bad aftertaste of propaganda.

The war in Afghanistan changed that again. Fearless filmmakers like Vaughan Smith, Tim Hetherington & Sebastian Junger made impressive docs about the Afghanistan War. The camera is always close to the soldiers, even when they are under fire. When one watches Restrepo (2010) by Hetherington and Junger, one can really understand the hell of war. The film follows soldiers and how they cope with the war’s aftermath. Restrepo was deservedly nominated for an Academy Award. (Hetherington was killed in 2011 while covering the Libyan civil war.) Vaughan Smith’s impressive Blood and Dust follows paramedics of the US army’s 214th Aviation Regiment (read review and watch here)  One could argue that the mentioned filmmakers were also embedded – nonetheless the results speak for themselves. This films show the ugly side of the war in its full brutality – honest and with a heart for the Average (G.I.) Joe.

It was a long way from those early propaganda works to films like Restrepo. Even today’s war docs can’t be considered “objective” (that goes without saying for every doc genre) because behind every film there is a filmmaker with a certain world view but the finest examples of the genre certainly prove one thing: war is no glorious adventure.

Conclusion: That this article uses the term “propaganda” more often than the term “documentary” is quite natural, given the subject. In the end, it’s up to the viewer to decide if a film about a war is simply propaganda or a serious documentary. Whether the viewer is for or against the war might have to do with that decision.

The breakthrough in renewable energy