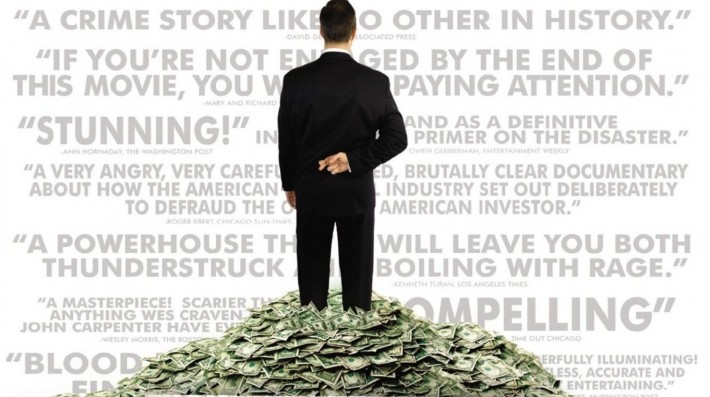 „Big time … I’m on my way I’m making it … I’m gonna watch it growing … So much larger than life“. This lines from the Peter Gabriel song „Big Time“ (which is played during the intro) really sum up 2011 Oscar winning documentary. Inside Job is a complex, well researched documentary about the recent financial crisis.

The film paints a picture of how greed took over the financial world in the early 1980’s, beginning with Ronald Reagan’s presidency and the deregulation that came with it. Though the film centers on the US (for instance the huge housing bubble, that cost many people their homes because they couldn’t pay the credits anymore) it also shows the global connections of the crisis. The prologue, for instance, is set in Iceland and makes clear how it turned from being a model of economic activity to a country in which unemployment trippled within 6 months. In the US, the national debt more than doubled.

The film mixes archive footage with interviews (by the way very nicely filmed and combined with images of financial centers and bank houses all over the world – this isn’t your usual talking heads collage) and manages to be complex and graphic at the same time. The archive footage makes clear that the people responsible for the crisis ignored all the warnings. Inside Job is also quite informative for people who dont’t know much about financial terms or instruments – after seeing this film the viewer knows a lot more about derivatives and credit default swaps.

The doc is also alarming in it’s analysis of the situation today – the current US governments measures are not strict enough and it seems that none of the people in charge learned their lesson from the crisis. Inside Job deserved it’s Oscar for Best Documentary – it is an important film about how the financial system turned it’s back on society, entertaining without being populistic or polemical. 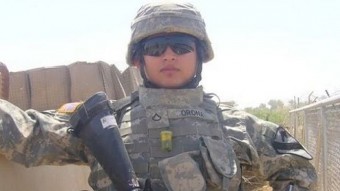