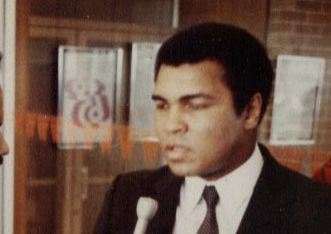 Summary:
The so called „Rumble in the Jungle“, which took place in Kinshasa on October 30th, 1974, is maybe the most famous boxing event in history. Muhammad Ali boxed against George [...]

The so called „Rumble in the Jungle“, which took place in Kinshasa on October 30th, 1974, is maybe the most famous boxing event in history. Muhammad Ali boxed against George Foreman and the whole world was watching. Many thought that Ali wouldn’t stand a chance against the younger Foreman who hadn’t lost a fight before and knocked out his oponents in one or two rounds, but they were wrong.

Ali used a special technique called the „rope a dope“ – leaning against the ropes and taking a beating until the opponent is exhausted – and knocked out Foreman in round eight. Through this fight, Ali regained his championship which was taken from him because he refused to be drafted into the army during the war in Vietnam.

Leon Gast’s documentary – which deservedly won an Academy Award – manages to capture the atmosphere surrounding the fight and features celebritites like Norman Mailer, George Plimpton, Spike Lee or James Brown. Due to legal reasons it took the director 20 years to make the film and his endurance paid off. The film not only shows the fight itself but also the preparations in America, a music festival in Zaire featuring artists like James Brown and B.B. King (the music scenes alone are a good reason to watch this), the training and dictator Mobutu Sese Seko. Of course boxing promoter Don King – the interviewees try to describe his famous haircut – is also prominently featured and can be seen and heard quoting Shakespeare as he is organizing the fight.

A lively film that not only works as a documentary about a historic fight, but also a portrait about an impressive boxer. Ali – buma ye! 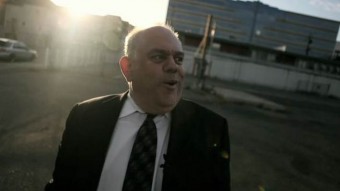 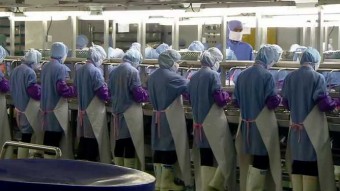