The Department of Homeland Security classifies them as potential “domestic terrorists”; they prefer to be called patriots. As the economic crisis deepens, a growing movement of Americans is rejecting the two-party system and the mainstream media. They believe a violent revolution is imminent, and they’re getting ready for it now.

Ryan Duffy crosses the country to meet the people on the front lines of the struggle. They include Alex Jones, a radio talk show host in Austin, Texas who is waking people up to the dangers of the corporate globalists — and has seen traffic on his websites increase dramatically in recent months. We also meet Sgt. Charles Dyer, a U.S. Marine stationed at Camp Pendleton who has taken an oath to disobey unconstitutional orders and take up arms against the government if it becomes tyrannical — and is training a citizen militia to do the same. 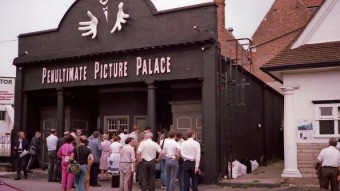