This film looks at new approaches to drugs policy, from Portugal to Colorado. Decriminalization has removed much of the stigma addicts felt and the fear of presection that stopped them seeking help.

90& of Portugals anti-drug resources are now spent on trentment and prevention, only 10% on policing nd punishing. In the United States it is the opposite. Since decriminalization drug-induced deaths have dropped from 80 in 2001 to just 16 in 2012. Over the same period of time the total number of heroin addics halfed. Portugal’s experiment defied the fierce opponents and broke a global policy to boom. But for all its success, the new approach did nothing to adress the supply side of the drugs trade. Those citizens were not being arrested for posessing drugs, the police were still chasing their dealers. Globally criminal gangs and drug cartels continued to dominate the drugs trade worth over three hundred billion dollars.

The countries where those drugs originated, continue to pay the price they’ve been paying for over a quarter of a century. In the Colombian capital Bogota the 1990 polls open with a minute of silence for the three candidates killed during the presidential campaign. It was the culmination of weeks of terror. 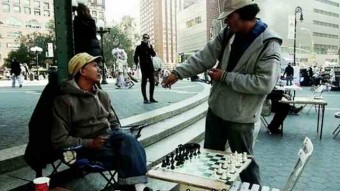