The United States now spends as much as $2bn a year on wildfire suppression. Fire seasons are becoming longer and more severe than ever before, increasing the threat to property and lives, and straining the federal budget.

By mid-season, there have already been 38,000 wildfires and the US Forest Service diverted $600m from other programms to fight them. Some say it is a war on wildfires that we cannot win. Fire intensity and the costs to American taxpayers are spinning out of control.

These [fires] are serial configurations now and they are magnifying themselves and the costs are enormous.. We have also created since the eighties a private sector industry … some people are calling it the Fire Industrial Complex.

And resources and priorities have shifted to protecting homes, as residential development booms in the wildlands of the American West. The costs grow exponentially as fires become more severe and the wildland more developed. Sprawling camps emerge overnight to house and feed thousands of firefighters on large fires.

There is often a blank check for necessary supplies, equipment and aircrafts – much of it contracted out to private companies, making wildfire suppression a profitable and growing industry.

The wildfires that ripped through forests and communities in 2013 have caused new levels of damage and devastation.

The Black Forest Fire – the most destructive in Colorado’s history – destroyed nearly 500 homes and killed two residents. In Yarnell Arizona, 19 wildland firefighters died when a fast-moving brush fire overtook them. Their deaths devastated a tight-knit community and reverberated throughout the country.

Then the ferocious Rim Fire threatened Yosemite National Park and became one of the largest in California’s history, costing more than $100m. And the season is not over yet.

Fault Lines follows the 2013 wildfire season, chasing the flames as they spread throughout the West. As millions of hectares continue to burn each year, we examine what is going wrong with the war on wildfires and look at the true costs of putting them out.

Everything is a Remix – Part 4 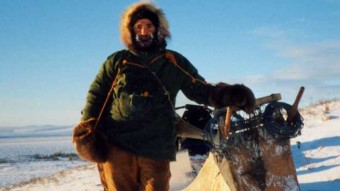