This short documentary profiles the queer farmer and food writer Sandor Katz, whose work in culinary fermentation transformed his relationship with life and death.

Since the beginning of time, humans have been fermenting our food. Sauerkraut, chocolate, beer, cheese: Because of fermentation these foods not only last longer — they are delicious. But although nearly every region of the world has cultivated its own unique fermentation traditions — and devoted eaters — the practice has all but disappeared from many modern households. This Op-Doc video profiles the man at the forefront of reviving the art of fermentation, a New Yorker turned homesteader named Sandor Katz (or “Sandorkraut,” as he is often known).

After a health crisis in the 1990s, Mr. Katz gave up a career in politics to join an off-the-grid L.G.B.T. community in rural Tennessee. There, an overabundant cabbage harvest led him to make his first batch of sauerkraut, and sparked a fascination with fermentation. As his expertise has grown, Mr. Katz has become an apostolic hero to home cooks and celebrity chefs alike. 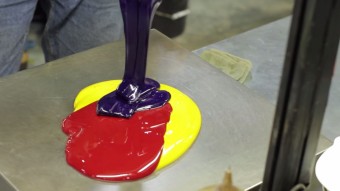