This short documentary explores the reasons that some men sound stereotypically gay, whether they are or not.

The evidence from Portugal since 2001 is that decriminalisation of drug use and possession has benefits and no harmful side-effects.

A new culture of learning is together with the Internet pushing the boundaries of research and knowledge creation. On a journey from Danish biology garages to Google’s headquarters, the film […]

Should Qatar Host The World Cup? – The reality of abuse and exploitation for Qatar’s migrant workforce.

Ibiza is a place that looms large in all our imaginations, the sun-kissed, beer-drenched rock in the middle of the Mediterranean where all our hedonistic dreams can come true. But […]

In this short documentary, housing developers in China hire ordinary foreigners to pose as celebrities, boosting flagging property sales. In China, it’s hard to find a city that has not […] 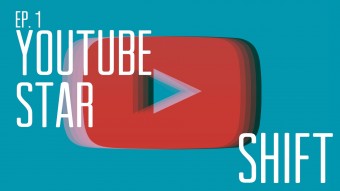 A UK study recently found that 40% of 16-24 year olds would rather be a YouTube star over becoming a doctor, lawyer or pop music star. In this doc, we […]