Can money and power ever make us happy? How much is enough? Our constant desire for more is part of our human nature.

The United States and other developed countries are in the midst of a digital revolution that may be even more profound than the industrial revolutions of the past. Advances in […] 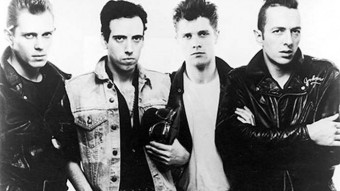 In this exclusive documentary all four members of “the only band that matters” walk us through the making of each of their classic albums.