On Chicago’s West Side, there is a school for the city’s most at-risk youth — the Moses Montefiore Academy. Most of the students at Montefiore have been kicked out of other schools for aggressive behavior, and many have been diagnosed with emotional disorders.

Last Chance High takes viewers inside Montefiore’s classrooms and into the homes of students who are one mistake away from being locked up or committed to a mental hospital.

In the first episode of the eight-part original VICE News series we are introduced to two 14-year-old Montefiore students, Cortez and Crystal, who were sent to the school after violently attacking teachers. Cortez’s mother blames the boy’s father, who is serving a life sentence for murder. Crystal has stabbed her classmates and been caught shoplifting since arriving to Montefiore — which has left her mother on the verge of a nervous breakdown. Though the task can be overwhelming, the Montefiore staff never gives up trying to reach the city’s most difficult and volatile student population.

In the second episode of “Last Chance High” we are introduced to the young Montreal “Spanky” Almond who fights a daily battle with a crippling speech impediment along with his fellow students’ derision, mockery and bullying at the Moses Montefiore Academy in Chicago. 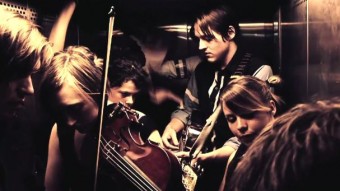 The Future of Art