Triumph of the Will (German: Triumph des Willens) is a propaganda film made by Leni Riefenstahl. It chronicles the 1934 Nazi Party Congress in Nuremberg (the Nuremburg Rally was attended by Nazi supporters to promote the Nazi political party), which was attended by more than 30,000 Nazi supporters. The film contains excerpts from speeches given by various Nazi leaders at the Congress, including portions of speeches by Adolf Hitler, interspersed with footage of massed party members. Hitler commissioned the film and served as an unofficial executive producer; his name appears in the opening titles. The overriding theme of the film is the return of Germany as a great power, with Hitler as the True German Leader who will bring glory to the nation.

Triumph of the Will was commissioned by Hitler in 1934 and directed by Leni Riefenstahl, and covers the events of the Sixth Nuremberg Party Congress. The original intention was to document the early days of the NSDAP, so future generations could look back and see how the Third Reich began. In reality, Triumph of the Will shows historians how the Nazi state drew in the masses through propaganda and also how Adolf Hitler had a unique and terrifying ability to entice crowds to his beliefs by the very power of his words. 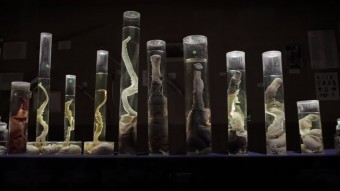 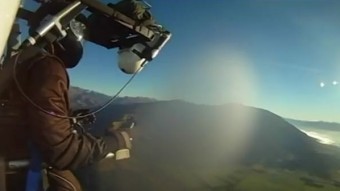