The War On Democracy examines the false democracy that comes with western corporations and financial institutions and a war waged, materially and as propaganda, against popular democracy. Using archive footage sourced by Michael Moore’s archivist Carl Deal, the film shows how serial US intervention, overt and covert, has toppled a series of legitimate governments in the region since the 1950s. The democratically elected Chilean government of Salvador Allende, for example, was ousted by a US backed coup in 1973 and replaced by the military dictatorship of General Pinochet. Guatemala, Panama, Nicaragua, Honduras and El Salvador have all been invaded by the United States.

John Pilger interviews several ex-CIA agents who took part in secret campaigns against democratic countries in the region. He investigates the School of the Americas in the US state of Georgia, where Pinochet’s torture squads were trained along with tyrants and death squad leaders in Haiti, El Salvador, Brazil and Argentina.

The film unearths the real story behind the attempted overthrow of Venezuela’s President Hugo Chávez in 2002 and how the people of the barrios of Caracas rose up to force his return to power.

It also looks at the wider rise of populist governments across South America lead by indigenous leaders intent on loosening the shackles of Washington and a fairer redistribution of the continent’s natural wealth.

More about filmmaker John and the production of this film:
http://www.johnpilger.com/articles/the-rising-of-latin-america-the-genesis-of-the-war-on-democracy- 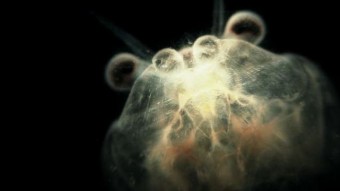