After the murder of volleyball star Ingrid Visser, local Spanish press published graphic details of the case. Are the press too close to their police sources? 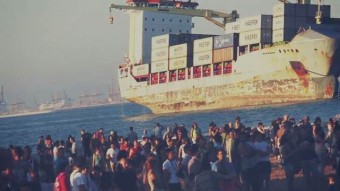 The story of two cargo ships stranded 100 feet from the beach documented by Antoni Sendra.