With its seemingly endless supply of beautiful young, single women, Odessa, on the frontier of the ex-Soviet union, is fast becoming the seedy new tourist magnet for single American men of all ages.

“I’m already too old for the men here… Getting a man here is very competitive, because there are so few of them.” In a city where women outnumber men almost five to four, Julia’s situation is typical of many. Following an abusive marriage she signed up with one of the many local agencies that offer the chance to be paired up with hopefuls from abroad. Paying upwards of three and a half thousand dollars, men from across the globe travel to Odessa in the hope of meeting beautiful young women. But despite accusations of being little more than a legalised pimping service, clients such as Arthur, a 65 year-old veteran of six romance tours, have no qualms with the service they offer. “It’s like purchasing a very nice used Cadillac,” he explains. “I need to drive it before I make a decision about taking it home and putting it in my garage.” But for the women who don’t get picked it’s frequently a case of disappointment and heartbreak. “It feels like we’re goods in a market,” explains Julia. “No one there looks inside our hearts.” 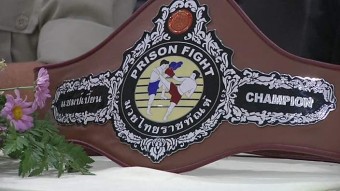