Karachi has a rich history of violence, dating back to 1947, when Pakistan rose from the ashes of the British Empire. The massive influx of Muslim refugees into the new country brought turf wars, ethnic diversity (as well as ethnic tensions and rivalries), political warfare, gang violence, sectarian killings, and, in more recent years, suicide bombings.

Interviewing a “target killer” in Karachi was probably the scariest thing I’ve done in my 17 years at VICE. His gun sat between my feet in the backseat of our car as we drove in circles around his neighborhood. After our chat about killing people for a living, I felt like vomiting for three hours. I’ve been around my share of guns and violence, but sitting next to someone who has murdered 35 people (for between $550 and $1,100 per head) made me feel not so good. Suroosh Alvi from Vice.

When the Western media report on Pakistan, they generally focus on the “war on terror” and how awesome it’s going for America and NATO. We’ve all heard the stories of successful US drone attacks on Taliban and Al-Qaeda militants in tribal areas—and others of drones missing their targets and leveling entire villages of innocent women, children, and old people—but it seems the overall sentiment is that it’s cool because they’re faceless mountain people and we’re winning.

After 9/11, Taliban militants scrambled over the Afghan border and into the hilly tribal areas of Pakistan. When the Americans followed, blowing them to smithereens with remote-controlled airplanes, they fled to the cities. First they infiltrated Peshawar, which they promptly destabilized with regular suicide bombings. Then they hit Karachi. 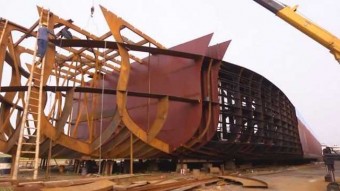