Mongolia is opening one of the world’s biggest copper mines, the Oyu Tolgoi. The project is due to start operations in the next few months and this mine alone will account for 30 percent of Mongolia’s entire GDP.

But the Oyu Tolgoi deal between the government and the Australian company Rio Tinto is highly controversial. The government gets just 34 percent, raising suspicions about how much the nation’s interests are being protected.

Rio Tinto is also exempt from a windfall profits tax. And critics say the government is inexperienced in striking deals with foreign mining giants. For those living around the site, their concerns are more immediate. Located in the South Gobi desert, water is a precious commodity and a source of life for the nomadic herdsmen.

But now the mine has closed off open water sources which it now owns. Instead, it has built a few wells for the locals to survive off. The herders are concerned about surviving the coming winter. Environmentalists also fear that rapid mining-driven growth has come at the expense of nature and the local way of life. 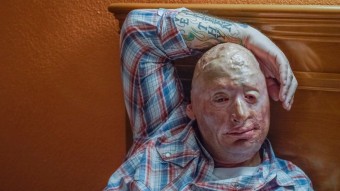