In 1998, Joel and Ethan Coen released the film The Big Lebowski about an unemployed Los Angeles slacker who refers himself as “The Dude”. It failed at the U.S box office, but over time it has taken on a rare cult-status.

What many people do not know, is that “The Dude” is based on a real person.

Meet the dude behind The Dude! Jeff Feuerzeig reveals the inspiration for the beloved central character in the Coen Brothers’ cult-favorite film The Big Lebowski. This documentary short follows Jeff Dowd to a Lebowski Fest offering a glimpse into this fascinating subculture and colorful real-life character behind the iconic mythical Dude and the secret to how he always abides…

HOW I MET THE DUDE by Jeff Feuerzeig
In 1986, twelve years before The Big Lebowski, first screenplay in hand, I flew from NY to LA, rented a car, and pulled up to The Dude’s dilapidated apartment/office on the “boardwalk” of Venice Beach for my very first Hollywood meeting. As if on cue, this Avery Schreiber-looking mop-topped behemoth clad in super-tight grape smuggling polyester shorts and a hideous floral Hawaiian shirt rolled up on roller blades and welcomed me to paradise. While I stood on his sagging balcony overlooking the Pacific Ocean watching all the blonde bikini-clad beach girls in leg warmers skate by, the Dude ransacked his living room, overturning stacks of unread scripts, looking for my screenplay, which I’m still not convinced he’d read. Finally locating it, he launched into an inspirational rant, this bear-like wild tangle of hair showering me with spittle as he gesticulated wildly, telling me with a straight face that I was “the next Cassavetes” and I was going to make films my own way.
The Dude and I never did work together, but over the years we’d cross paths on the festival circuit, and it always warmed my heart that such a character, this true believer, was still carrying the torch for Independent film. When the Coen Brothers made The Big Lebowski in 1998, I sat in a darkened theater trying to reconcile the Dude I knew with the fictitious character Jeff Bridges was playing on screen — Jeff “The Dude” Lebowski — but I was not surprised in the least that the Coens found inspiration in the Dude. Jeff Dowd is a right of passage in the indie film world — baptism by the Dude — his spittle and good vibes setting you free to create a world of your own. 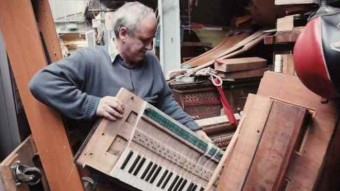 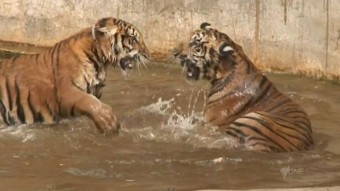