English football clubs were once at the centre of their communities, but that spirit is eroding in Britain’s top flight football. Liverpool FC’s anthem is You’ll Never Walk Alone – but has this franchise left their fans behind?

A generation who grew up watching football in the 1970s and 1980s now feels alienated by the clubs they followed as children. The instinctive connection between the terraces and the players has gone. A football ground used to be the centre of a community. Now it is just another out-of-town shopping mall.

The Premier League is the self-styled “biggest league in the world”, but most top clubs are in debt, over-charging their fans for tickets and hoping for a Gulf petro-dollar bail-out. While the Premier League becomes a play thing for foreign owners and tourists, football is re-emerging elsewhere. Many fans who grew up supporting Manchester United or Liverpool are taking their own kids to watch lower league football where they can feel they are part of the team.

What has happened to the beauty of the beautiful game in Britain? Andrew Richardson goes in search of the soul of British football. 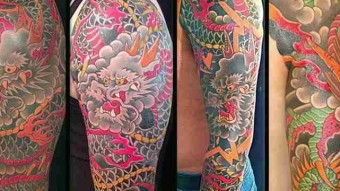