A documentary about the life of those who won five times Mr. Universe title. The film introduces viewers to the competitive atmosphere in the backstage bodybuilding competitions at the gym and Schwarzenegger’s private life.

The film is in fact something between a documentary and a comedy.

Pumping Iron is a 1977 docudrama about the world of bodybuilding, focusing on the 1975 IFBB Mr. Universe and Mr. Olympia competitions. Inspired by a book of the same name by Charles Gaines and George Butler, the film nominally focuses on the competition between Arnold Schwarzenegger and one of his primary competitors for the title of Mr. Olympia, Lou Ferrigno. The film also features brief segments focusing on bodybuilders Franco Columbu and Mike Katz, in addition to appearances by Ken Waller, Ed Corney, Serge Nubret, and other famous bodybuilders of the era.

Shot during the 100 days leading up to the Mr. Universe and Mr. Olympia competitions and during the competitions themselves, the filmmakers ran out of funds to finish production, and it entered development hell for two years. Ultimately, Schwarzenegger and other bodybuilders featured in the film helped to raise funds to complete production, and it was released in 1977. The film became a box office success, making Schwarzenegger a household name. The film also served to popularize the then somewhat niche culture of bodybuilding, helping to inspire the fitness craze of the 1980s. 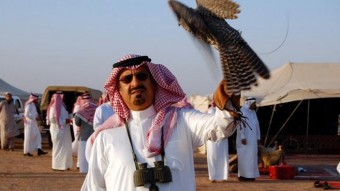