Antibiotics are the wonder drugs of modern medicine. They’ve allowed doctors to save and extend life by killing infection and enabling ground breaking surgery. But imagine a world where antibiotics don’t work – that would be a place dominated by superbugs, bacteria that don’t respond to antibiotics. Scientists say this would end many modern medical procedures and they claim the threat is greater than we realise.

Geoff Thompson looks at the rise of superbugs, visiting the hot spots around the world where the misuse of antibiotics is creating a breeding ground for these bacteria and he tells the horrific stories of those who’ve contracted infections that can’t be controlled. He also reveals that Australian health officials are making decisions that could open the way for a deadly superbug to infect Australians living in the far north of the country.

“…Every time we take an antibiotic we’re giving the bug a chance to become a superbug … the more of us that take antibiotics inappropriately, the greater the chance in the community a superbug will come.”

And that’s exactly what’s happening in India, where antibiotics are not restricted in their use. As a result a new superbug, New Delhi metallo-beta-lactamase or NDM-1, has evolved. Not only is it deadly in its own right, it’s also capable of genetically modifying other bacteria to make them superbugs.

Superbugs like this have infected people who’ve been injured in accidents while travelling overseas. In other cases, apparently healthy people return from abroad only to discover that a simple medical procedure effectively unleashes the bug. In one instance, a healthy middle-aged man went for a prostate biopsy. The procedure was done successfully but one day later he became desperately ill. A superbug, possibly contracted while travelling overseas, had moved from his bowel into his bloodstream making him critically ill. 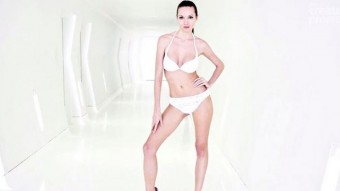