Twice a week for over half a century, Baltazar Ushca has hiked up the slopes of Mount Chimborazo, the tallest mountain in Ecuador, to harvest glacial ice that covers the highest altitudes of this dormant volcano.

The Last Ice Merchant tells a story of cultural change and indigenous lifestyle through the perspectives of three brothers who have dealt with change in different ways. I wanted to portray the characters as the dignified people that they are and to show the very human story of their circumstances — to make a movie that would portray the indigenous community positively for both an outside audience, and also for the community itself.

I was first introduced to Baltazar by my good friend Rodrigo Donoso (who would later produce the movie). As a tour guide and a local, Rodrigo has known Baltazar and his family for over 20 years. I was immediately both captivated and impressed with Baltazar. It was hard to believe that a man 67 years old and no taller than 5 feet trekked up a mountain alone, in rain, sleet, snow and shine, just for the ice. When I met Baltazar’s brothers and talked to his family, I found a depth to the story that I felt could resonate beyond this small community.
Sandy Patch, Director

The Setting: Chimborazo, with an elevation of 20,700 feet above sea level, is the tallest mountain in Ecuador and the closest point on Earth to the sun due to its proximity to the equator. The summit is covered with snow-capped glaciers.

The indigenous communities of the Chimborazo area are incredibly beautiful and rich in cultural traditions. They are also part of the poorest population in Ecuador, with few new employment opportunities. Many of these communities continue to live off the land and raise animals. In communities closest to the mountain, there is a tradition of harvesting ice from Chimborazo’s glaciers. The ice is transported to Riobamba, the closest city, to sell at markets. Riobamba, set in a lush valley formed by surrounding mountains, was one of the first colonial cities built in Ecuador and attracts vendors from miles around to its markets. 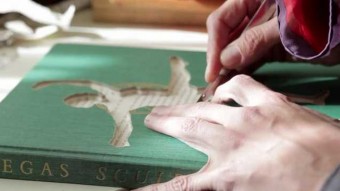 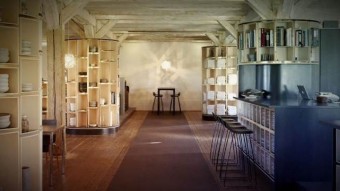 The Future of Food: From Microsoft to Modernist Cuisine