Tom Varney is a former psychotic criminal who later found God and devoted himself to serving his fellow man. In a strange twist of morality, this led to his life’s work: shooting wild dogs. The Australian wild dog is a hybrid of the native dingo and larger domestic breeds. The resulting “super dog” is bigger, smarter, and much more vicious.

Roaming in packs, they’ve been known to massacre entire flocks of sheep and bring down animals as large as horses, causing millions of dollars in damage each year. While animal control agencies favor trapping and baiting them, farmers argue that nothing is as effective as a bullet to the head. That’s where Tom comes in. He’s pretty much retired now, but his methods (including his ability to call dogs up to him by mimicking their howls) have formed the blueprint for a new generation of dog hunters. 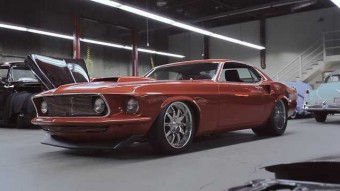