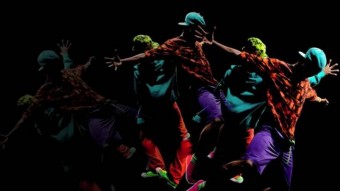 “The 360 Project” is an exploration into the crossroads of photography and motion pictures. It is a study of peak dance movements, captured simultaneously by 48 cameras aligned in a […]

Bruce Gilden is best known for his merciless and indiscriminate use of the flash on the street. His major tool for his portraits is spontaneity.

Daren built a giant homemade camera, it shoots on 14×36-inch negatives and uses x-ray film instread of photografic film. This doc shows some insights how he did that.

A rare glimpse into the way press photographers cover the politicians of the United States Congress and the problems they face. Leading political photographers in Washington talk about the perills […]