Two decades on from the cold war, European military forces are still coming to terms with reduced peacetime roles. As most EU nations abandon military conscription, they face a tough […]

SOFEX takes place every two years in Amman. Over the course of a week, more than 12,000 attendees tromped around 30-odd tents staked across the desert, hosting approximately 300 vendors. […]

What is the role of drones and robots in wars and how will they shape the future of the US military? 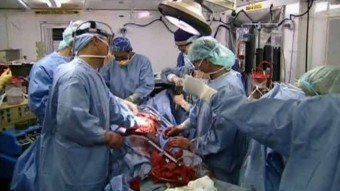 Life and Death in the War Zone

Treating patients with life-threatening injuries is always a challenge. This film shows the “routine” in handling a medical emergency at the height of the Iraq War, beset by heat, sand, […]

Filmmaker John D McHugh was embedded with units from the US 4th infantry division in the city of Kandahar and the surrounding region, he describes the progress he witnessed while […]