770 minutes to watch from source: Dailymotion 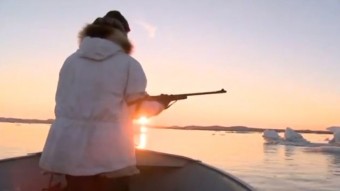 A look at the rising impact of global warming on Alaska, where communities face being lost underwater as the ice recedes.

When a Mongolian nomadic family’s newest camel colt is rejected by its mother, a musician is needed for a ritual to change her mind. (Best European Doc Film 2003)

With India destined to become the most populous nation on earth by 2026, you’ve got to be highly tactical in your search for a better life.

This observational series continues to explore what life is really like in some of the densest neighbourhoods on the planet.

The drug of a choice for a new generation, this 21st century narcotic is popular both out on the party scene and as an intense hallucinogenic trip at home.

A digi-documentary investigating the evolving relationships between the Internet and collective consciousness of humanity. It provokes many questions about ancient and modern paradoxes of life, its pleasures and pains…

Every day we use mobile phones. Computers became part of our life. Some people even can’t live without those devices.