The United States’ military expenditures today account for about 40 percent of the world total. In 2012, the US spent some $682bn on its military – an amount more than what was spent by the next 13 countries combined.

Now that the war in Iraq is over and the withdrawal of US troops from Afghanistan will be complete in 2014, the stage might therefore appear to be set for a decrease in US defence spending. Even in Washington DC, many have argued that the defence budget can be cut substantially and the resulting “peace dividend” could be diverted to more pressing domestic concerns, such as dealing with the nation’s continuing economic problems.

However, a battle to ward off cuts to the Pentagon’s budget has begun and the way things are going, it seems likely that the US will have the smallest drawdown or reduction of the military budget after a period of conflict since World War II – in comparative terms, smaller than after Vietnam, Korea and the end of the Cold War.
The Pentagon’s joint chiefs of staff have appeared before Congress warning of dire results from the impacts of sequestration, a requirement to reduce defence spending by $500bn over 10 years that grew out of a 2011 budget deal between President Obama and Congress. In March, sequestration led to a $41bn cut in 2013 defence spending.

Pentagon officials, defence companies, politicians and conservative commentators argue that defence cuts will be devastating for the military and the economy. Others point out that after sequestration, the Pentagon’s base defence budget, which does not include additional funds for the war in Afghanistan – will remain above the Cold War average, and close to the highest level since World War II.

Chuck Spinney, who worked as an analyst in the US secretary of defence’s office for 26 years, believes it is difficult for the United States to reap the benefits of a peace dividend because of the workings of the military-industrial complex that President Dwight Eisenhower warned about in his final 1961 address.

“It’s what in Washington we call an iron triangle,” Spinney says, ” you have an alliance between the private sector, the defence contractors, the executive branch, in this case the Pentagon, and the legislative branch.”

Everyone benefits from expensive procurement projects – the Pentagon gets weapons, defence companies get to make profits, and politicians get re-elected by funding armaments that generate jobs for constituents and campaign contributions from defence companies.

The result, according to Spinney, is a defence budget “that is packed to the gills with weapons we don’t need, with weapons that are underestimated in their future costs”.

The Pentagon and defence contractors low-ball costs and exaggerate performance in the early stages of a project to “turn on the money spigot”. Then the companies engage in “political engineering,” they spread the contracts and employment for a weapon around to as many Congressional districts as possible. They do that, Spinney says, so that once cost-overruns and performance problems become apparent, “you can’t do anything about it [because] there’s too much political support”.

The F-35 Joint Strike Fighter is a textbook case of a Pentagon procurement project that reveals why it is difficult to cut the defence budget. Three versions of the F-35 are being built for the Air Force, Navy and Marines by Lockheed Martin, the largest defence contractor in the US. The F-35 is the most expensive military weapons programme in US history, bigger than the Manhattan Project that produced nuclear weapons.

The F-35 was sold as a programme that would cost $226bn for about 2,900 aircrafts. It is now seven years behind schedule, and the price has increased almost 100 percent to $400bn for only 2,400 fighters. At least another $1 trillion will be required for operations and maintenance of the F-35 over its lifetime.

Pierre Sprey, an aircraft engineer and analyst who was one of Defense Secretary Robert McNamara’s ‘whizz kids’ in the 1960s, believes that the project should be cancelled or “there will be so little money left over for anything that’s needed, it’ll be unbelievable. They’ll be cutting people, pilots, training, everything just to pay for this thing.”

Sprey played a key role in the design and procurement of the F-16 fighter and the A-10 ground support plane, two mainstays of the current US Air Force fleet.

Mike Rein, the F-35 spokesman for Lockheed, says that the company saw the period from 2012 and into 2013 as “a step of great progress for the programme and [something which is] certainly going in the right direction”. He points to the tests of the F-35 that were completed in 2012. Sprey argues that “they’re re-testing stuff they already failed. So this isn’t progress. This is like every day that you’re flying, you’re finding new problems. And you’re slipping the schedule worse and worse.”

The F-35 was supposed to be operational by 2012, but critics say it is unlikely to be deployed before 2017 at the earliest.

Despite a litany of engineering and performance problems, Congress continues to support the programme. Lockheed has spread jobs and contracts to 47 states and Puerto Rico, according to its website.

The company also seems to have an international political engineering strategy – eight countries besides the US are involved in the aircraft’s development program – including Britain, Italy, Canada, Australia and Turkey. Meanwhile, Israel, Singapore and Japan have plans to buy the fighter.

According to Spinney, that “makes it even more difficult to cut the programme because now you’re creating an international incident of some kind. That’s no accident. It was done deliberately.”
Pork barrel deal-making that goes on in Congress over weapons projects also makes it hard to secure a peace dividend.

According to William Hartung of the Center for International Policy, “there will be a sort of log rolling process where you know, ‘I’ll support your weapons system if you support my weapons system.’ And so once that horse trading goes on, then it’s much harder to cut anything.”

Two years ago, the US army announced that it could save close to $2.8bn by pausing production of the Abrams M1 tank. Ray Odierno, the army chief of staff, said the M1 fleet was in good shape and no more tanks were needed. The Pentagon does not see much use for the M1 in confronting 21st century threats like terrorism and piracy. However, Congress did not go along. Over the last two years, it has provided $355bn to keep the M1 production line rolling at the Joint Systems Manufacturing Center in Lima, Ohio.

General Dynamics, which operates the tank plant, spent $22m on lobbying Congress over the past two years, and about $2m on campaign contributions. According to the David Berger, the mayor of Lima, General Dynamics also put together a study claiming that it would be more cost-effective to keep the tank plant open now than to reopen the plant in the future if it was needed.

The company would not send us the cost study, and declined our request for an interview.

Hartung says that Pentagon contractors have “for years used the jobs argument to revive weapons systems that have been cancelled. To push for things that even the Pentagon itself has not wanted.” For months, a study has been circulating in Washington, underwritten by the Aerospace Industries Association, a major defence industry trade group. It claims that a million jobs would be lost as a result of sequestration cuts to defence spending.

Hartung, who has analysed the study, says it exaggerates the potential job loss number by a factor of three, and that many of those jobs will be replaced. He points out that spending on education, health care, and infrastructure “can create 1.5 to 2 times as many jobs. So the economy would be much better off spending on things other than the Pentagon.”

Several recent reports examining ways to cut Pentagon spending call for changes in the US nuclear weapons posture. They claim that it would produce hundreds of billions of dollars of savings in coming decades, and the Obama administration is reportedly considering nuclear weapons cuts. But they will be difficult to achieve. 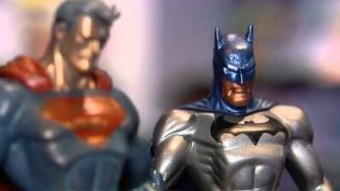 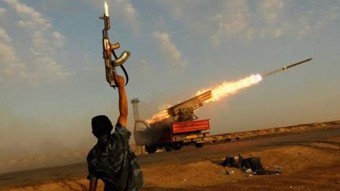 The Long Road to Tripoli – Part 1 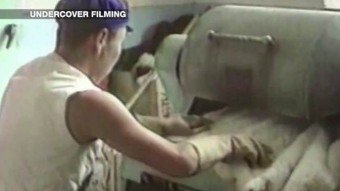 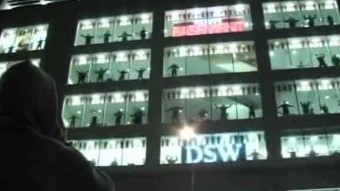