Children of the cannabis trade investigates how Vietnamese children forced to work underground in the booming cannabis trade, held hostage by debt and poverty, are often prosecuted as criminals rather than victims of trafficking when discovered.

With the Vietnamese government now announcing a nationwide push for export labour, and the increasing demand for home-grown cannabis in the UK, the exploitation of Vietnamese children for criminal profit in the drugs industry is a disturbing trend that shows no signs of abating.

Here Mei-Ling McNamara, the producer of this episode of People & Power, writes about the making of Children of the cannabis trade.

For almost a decade, police in Britain have been struggling to cope with an explosion of criminality connected to the country’s flourishing but illegal cannabis trade. This has grown rapidly in recent years because of a huge rise in the number of secret indoor cannabis farms – hidden away in suburban dwellings and disused premises across the country. As the authorities shut down more of these operations every year, so more spring up in their place – many of them tied into an expanding network of organised crime, corruption and violence.

Back in 2004, the police made an especially sinister discovery about the trade – that Vietnamese children and teenagers were being trafficked across the world for use as slave labour in the farms. Remarkably, Vietnamese crime gangs run many of the illegal cannabis operations in the UK and often use children – exploitable because their families are in debt bondage to moneylenders in their native country – to work on a production process that exists to meet spiralling demand for the drug on the streets of Britain.

The cannabis farms can be extraordinarily profitable, but little if any money is lavished on the premises or on the conditions under which the children toil. Set up in private residences or industrial sites, often gutted for the purposes, the operations can involve thousands of indoor cannabis plants.

Boys and girls – some as young as 13, many not older than 16, are forced to work as ‘gardeners’, trapped inside the buildings, 24 hours a day, tending and watering the plants behind blacked-out windows with no ventilation. Eating, sleeping and working under heat lamps and exposed daily to toxic chemicals, they run a constant risk of electrocution and fire. And all the time they face the violence, intimidation and extortion of gang members who are determined to wring everything out of them until their debts are paid off – if that day ever comes.

But when the police identify and raid the premises – and such raids are increasingly common – the plight of these young people is far from over. More often than not they are treated as offenders in the narcotics business, rather than as potential victims of trafficking.

Moreover, as many of them are psychologically disturbed by the emotional and physical trauma they have experienced, they are often terrified of revealing their stories to the police – not least because of fears that if they talk, their family members back in Vietnam will be punished for their failure to pay off outstanding debts owed to moneylenders connected to the gangs.

Vietnamese children now make up the largest group of children being trafficked into the UK, primarily for exploitation in the cultivation of cannabis. According to the UK government’s CEOP organisation (Child Exploitation and Online Protection Centre), nearly 300 children per year are trafficked into the country – and nearly a quarter can end up on cannabis farms.

If they are recovered by authorities they are under extreme pressure to abscond from care, with traffickers often making threats. Once bailed or released from custody, nearly two-thirds of Vietnamese children go missing from local authority care soon after.

According to anecdotal reports from care advisers, some are re-trafficked and return to a new cannabis farm, while others go back to their traffickers to pay off debts and avoid deportation. The threat of violence against a child or their family members is used as a powerful tool to ensure cooperation.

Many Vietnamese minors have been charged, prosecuted and sentenced for the production and supply of cannabis, but only 58 children last year were deemed trafficked when found in these environments. And to date, there have been no known convictions of Vietnamese criminals who have trafficked children into the UK for the purpose of cannabis cultivation.

Networks may specifically recruit children, as they are less likely to be detained or accommodated in secure premises then adults and are able to re-enter exploitation with relative ease.

Ten years ago, only 11 per cent of the marijuana used in the UK was grown domestically. Now that figure has grown to nearly 90 per cent. The cannabis trade is so lucrative, authorities say, that they fear the mass surplus is even being exported to EU countries.

Last year, UK law enforcement uncovered 1.3 million cannabis plants worth an estimated $410m. One house can produce cannabis worth up to $500,000 or more a year and during 2010, the police found nearly 7,000 factories during raids – the number has increased by 900 per cent in the past six years.

The UK authorities estimate that 75 per cent of the criminal gangs involved in this trade are ethnically Vietnamese, although local British and Eastern European gangs are beginning to muscle in. However, research has found that even in these circumstances, Vietnamese ‘gardeners’ are still used to cultivate the cannabis plants because they are sold on to or taken over by the incoming gang.

Trafficking victims have been found in all regions of England and Wales – most frequently in West Yorkshire, the West Midlands and Greater London. Now some are being discovered in Scotland, and cannabis factories have also been identified in Northern Ireland.

Although an increasing number of police forces are identifying Vietnamese cannabis farms locally, the ability and ease with which networks can relocate at a national level (including the relocation of trafficked children) and thereby evade the police, ensures that the number of children trafficked and exploited in cannabis farms is likely to remain at a high level.

Vietnam is one of the poorest countries in south-east Asia, and the country is heavily reliant on an estimated $2bn worth of remittances paid by Vietnamese workers overseas. Last year, nearly 100,000 migrants went abroad for work.

In these circumstances the door is wide open for exploitation, both by illegal labour agencies and traffickers posing as potential recruiters for overseas employers. It is not uncommon for Vietnamese labour export companies, most of which are state-affiliated, to charge workers well in excess of the fees allowed by law, sometimes demanding as much as $20,000 up front for the opportunity to work abroad.

Paying such sums back is extraordinarily difficult and Vietnamese expatriate workers and economic migrants are consequently highly vulnerable to debt bondage and forced labour. On arrival in destination countries, many workers find themselves compelled to work in dangerous or substandard conditions for little or no pay with no credible avenues of legal recourse. When the work itself is illegal, as is often the case, then the authorities are the last people to whom the workers can turn for help.

Debt bondage is common, with the trafficking and criminal networks determining the amount of money the bonded worker will have to pay off through unpaid labour. The debt notionally covers travel arrangements, accommodation, food and trafficker fees, but the sums are often inflated and can take several years to work off. In the UK, debt bondage sums have been found to range from between $25,000 and $60,000.

In Vietnam, traffickers, often posing as ‘middlemen’ for the export labour market, will target isolated children or vulnerable families living in relative poverty. They may make false promises about a better life for the child in the UK, with the opportunity of education or work for the child so that they can support themselves or their relatives back home. A debt will often be placed on the child or their family that cannot afford the travel costs, often secured against a relative’s land.

Some of the victims are sent to Russia with fake ID cards and then travel to the Czech Republic, Germany and France, entering the UK by clandestine methods via a seaport. Upon arrival, they are ripe for exploitation by the gangs who bring them straight to cannabis factories. They usually know their families back home and are aware of the debt that must be paid off.

The criminal networks involved in the recruitment, transportation and exploitation of the children are well organised, flexible and generate large sums mainly from the cultivation and wholesale distribution of cannabis.

Agents often provide travel documents but then take these documents off the children once they have been used, recycling them for use with other children. Agents trafficking Vietnamese victims often take back or instruct the child to destroy documentation before entering the UK. Without documentation, it is difficult to question the true identity, age and origin of a child, preventing or delaying removal and protecting the traffickers, thus keeping their trade underground. 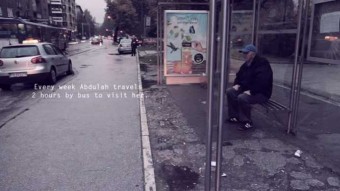 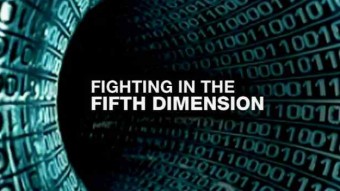 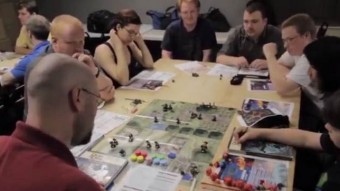