Fifty years after the Berlin Wall was erected, the spectre of the Stasi continues to loom over Germany. On August 13, 1961, 50 years ago this month, the Berlin Wall went up in Germany. This barrier divided a country, segregated families and separated friends, and its existence would cast a pall over the country for the next 20 years.

As a stark symbol of the Cold War, the wall existed in an era of fear, secrecy and heightened political tension, and those that lived in its shadow would know the painful repercussions of its hardliner policies. For what followed in the years of a divided Germany was a surveillance culture brought on by one of the largest and most feared secret service organisations in the world – the Stasi.

Founded in 1950, the Stasi was charged with keeping tabs on all the people living in East Germany, or what was then officially known as the German Democratic Republic (GDR). It compiled millions of photos, audio and video tapes, and paper files about its citizens. As a result, thousands of people were subjected to intimidation and torture by the Stasi. Many were imprisoned, while others were prevented from getting jobs or going to university. The aim was not only to thwart professional aspirations, but to destroy the personal lives of those that opposed the regime.

At its height, the Stasi had over 102,000 officers and nearly a quarter of a million of its own citizens spying on family members, neighbours and colleagues. In 1989, while the Berlin Wall crumbled, senior Stasi officials ordered the destruction of the files they had collected for over 40 years. Data gathered by the Stasi was frantically shredded to destroy evidence, but after protesters stormed the headquarters to stop the destruction, nearly 95 per cent was saved.

After reunification, a new government came to power and the Stasi files were reopened again in 1992. Over the next two decades, tens of thousands of people have requested access to the files on them in order to piece together a past that was shrouded in secrecy and subterfuge. Many apply in order to prove they were unjustly imprisoned, to clear their criminal record and claim compensation for any time spent in jail.

Last year 80,000 people, more than double the number of the previous year, applied to see their files.

The person recently appointed to head the archive in March 2011 is journalist and former East German dissident Roland Jahn. Thirty years ago he was in a Stasi prison. Now he is responsible for the 111 kilometre of files that remain in the secret Stasi files.

Yet for many, justice is still not being served. Many ex-Stasi officials have never received punishment for their crimes, while some remain in positions of power in Germany or have retired with handsome pensions. Yet ordinary citizens who have been victims of the secret police’s tactics still remain traumatised by their treatment, while many live in poverty as a result of their legacy.

As the 50th anniversary of the Berlin Wall is recognised, the spectre of the Stasi remains. While the files were only meant to be open for 10 years, nearly 20 years later calls by victims asking for their perpetrators to be identified are growing louder.

Jahn says time may be running out for the former Stasi who believe they have escaped prosecution. As a new project is underway to reconstruct over a million pages of files, many senior Stasi and collaborators may soon be brought to justice and a chapter in Germany’s history may finally be closed. 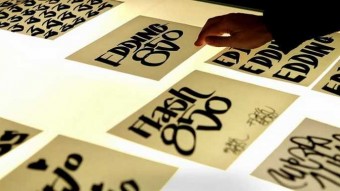 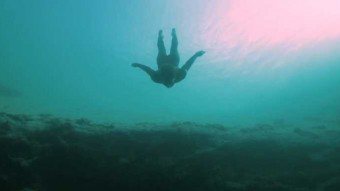