There is a long-standing myth that Antarctic penguins flip over at the sound of a passing plane. Unable to right themselves, they risk dying a terrible death in the snow.

Journalists went to great lengths to verify the story once and for all. Back in 1982, British pilots in the Falklands allegedly observed the phenomenon as they flew over penguin colonies. They said the birds would topple over as they lifted their heads to watch the planes fly by, then penguins were left on their backs by the thousands, unable to right themselves. But is this story true? “I think that it is something that is widely-known amongst the public, but generally regarded amongst anyone that knows and thinks about it as a bit of a myth, to be honest.

An Antarctic Falkland Islands’ myth,” said Stuart from the British Antarctic Survey. As for the second part of the tale, a special person had to be employed to turn the birds right-side-up after they fell, otherwise they would die. One German ornithologist, Anke, we spoke to claimed that this indeed was her job. “It is my job to look for penguins and go every day to see whether they fall over and to get them up again,” she said. A further look into Anke’s credentials left some doubt, as well as a check with Viktor Vinogradov, the chief of Russia’s Bellingshausen Station, a base located in a unique place, between an airstrip and a penguin colony. “No, no, we do not have anyone who does that job here!” he said. 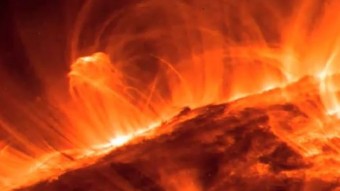