In the summer of 2010 Rohan Pais, an amateur long-distance cyclist, was training for a charity ride. His bike collided with a car and he was thrown into a cornfield. His injuries were so severe, that the emergency room doctors told his wife he wasn’t going to make it.

But Paula never gave up Rohan, even when doctors were telling her he could never hope for any kind of life.

“The intensivist was telling me ‘if it was my husband, I would have ended his life’ but I said ‘he is not your husband, he is mine. And I can’t,” she says.

In the months following his accident she decided to get a clearer picture of his prospects from a team of doctors specializing in the damaged brain.

Canadian Neuroscientist Dr. John Connolly was one of those doctors. By using sophisticated scanners, neuroscientists like Dr. Connolly can see the brain “talking” in the form of electrical signals, rather than words. When Rohan was scanned, he showed strong and promising brain activity.

“He came out looking very good, in fact. In all of those tests,” says Dr. Connolly. “He showed very clear brain responses to his own name.”

Another researcher, Dr. Adrian Owen of Western University in London, Ontario, estimates that one in five patients are wrongly diagnosed as vegetative.

Sixteen years ago, Dr. Owen was a researcher at a hospital in Cambridge, England. He had access to an expensive new brain-imaging machine called a PET Scan and he was looking for the ideal experimental subject.

That subject,was a schoolteacher named Kate Bainbridge, her brain severely injured by a flu-like illness.

“It really all does go back to Kate Bainbridge,” says Dr. Owen. “She was patient number one. We put her into the scanner and we showed Kate pictures – faces of her friends and family. And the part that we know now that is responsible for recognizing faces, it lit up just as it would in your eye.”

Dr. Owen says this is only the beginning. He hopes that eventually, perhaps in as little as five years, scientists will have found a way to allow brain-damaged patients to communicate with their loved ones.

“I think morally and ethically we have to do everything we can for every patient that we find in this situation,” he says.

“It’s impossible to tell if the patient is conscious. Because they make absolutely no responses,” says Dr. Owen. “Without these research tools that we have, there really is no way for correctly diagnosing them.”

But he believes that if more doctors using sophisticated scanners to detect brain activity, they might put more patients on the road to at least partial recovery.

Today, Rohan is speaking and learning to walk again. If it weren’t for neuroscientists like Owen and Connolly, Rohan might still be lying unresponsive in a bed. 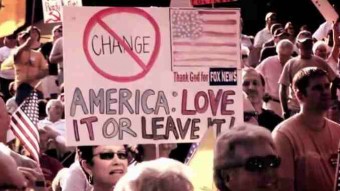 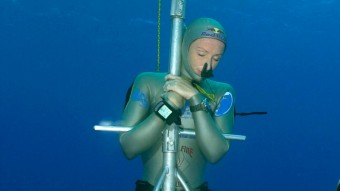