Documentary about the infamous tech mogul and creator of Megaupload at Kim’s mega-mansion.

Buying Guns and Drugs on the Deep Web

Find out how easy it is to buy guns, drugs, and other contraband online. 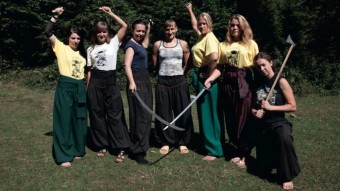 Katerina Tarnovska is a Ukrainian preschool teacher, a kickboxing world champion and a self-proclaimed descendent of the legendary warrior women of the Amazon.

In Japan, it’s not uncommon for successful women to pay attractive young men huge sums of money for a few cocktails and an hour of platonic companionship.

Bulgarians are setting themselves on fire in record numbers.

Bachelors and spinsters ball refers to a dance held in rural Australia for single young adults who can sometimes live up to a day’s drive from their nearest neighbor.

The Subway Gangs of Mexico City

On the rails with Mexico City’s reggaeton-loving subway gangs.